One of the things that I wanted to make sure I ordered during my rebuild of the SB-200 Project (Part II, Part III) was a set of new tubes for the amplifier.  The SB-200 uses two 572B tubes and requires about 60-100 watts of drive depending on the band. When Heathkit released the SB-200, tubes were American made, and most used Centron tubes, which had great reliability until the mid 1980’s when they started to experience filament failures due to production issues.  From 1994 – 2013, the Chinese Shuguang factory was one of a few factories producing the 572B, until they ceased production in 2013.

“If you are buying new tubes you can buy tubes directly from China on Ebay or through RF Parts Company in San Marcos, CA. They claim to do 100% testing of the Chinese tubes which are stamped with the Taylor name. RF Parts bought the Taylor name and uses it on tubes they sell. It has no actual connection to the original Taylor tube company which made quality tubes in the US.”- Taken from: http://www.crompton.com/hamradio/heath/sb200/sb200.html

Well, knowing I needed parts, I surfed on over to RF Parts and started looking around at the 572b tubes.   Ouch!

I ended going with a pair of the “select” grade tubes.

Hey, it said “select” right?  That means it is better!
Kind of like the ‘tactical’ label on an AR-15.

You can hear this conversation at any gun store:

So, yeah- for $163.90 + shipping I had a pair sent out the house.  I purchased this ‘barn find’ amp for $25 and have put about $375 in parts into it to date (including the tubes).. (But in all honesty, the knowledge gained from the build process is priceless!)

The tubes arrived in about 3 days, and I could see that they were labeled as a matched set, etc etc.   They were boxed extremely well, with double sheets of packing bubbles.

Speaking of which… what is with all of these UNBOXING videos on Youtube?  A quick search shows over 39 million hits on that term.  There are even videos on how to produce an uboxing video that people will like!  Really?? A video on how to shoot an unboxing video?

Do we really need to see the box that something came in? I don’t understand the millions of videos out there on someone opening a box and commenting on how the tape was placed on the cardboard..

“Oh.. see.. this tape covered the thumb hole, it makes it hard to open the box, I should contact them about their packaging standards..”
WTH.. SMH…   Show me a video of how it works / what it does / does not do.

Not how it is packaged.

Wow.. I am really off topic today.

So, the tubes were packed well.   I took them out of the box wearing gloves to keep my oily hand prints from leaving prints all over them (I don’t know if this is really necessary, but I do it anyway).  RF parts has a disclaimer that they send with these tubes about the ceramic plate caps that are standard is most amplifiers (was not an option for the Heathkit in the late 60’s) that the clips are TOO TIGHT and need to be opened up to fit these tube for fear of breaking off the clip/tip of the tube. 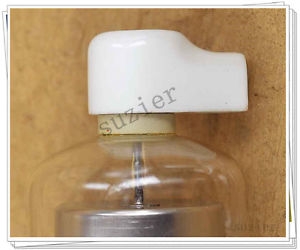 Ceramic plate cap, these need to be opened up to fit the anode of these imported tubes.

I had the exact opposite issue, my non ceramic clips were too loose, where they didn’t make any connection with the plate cap/tube tip and I needed to adjust them slightly smaller. 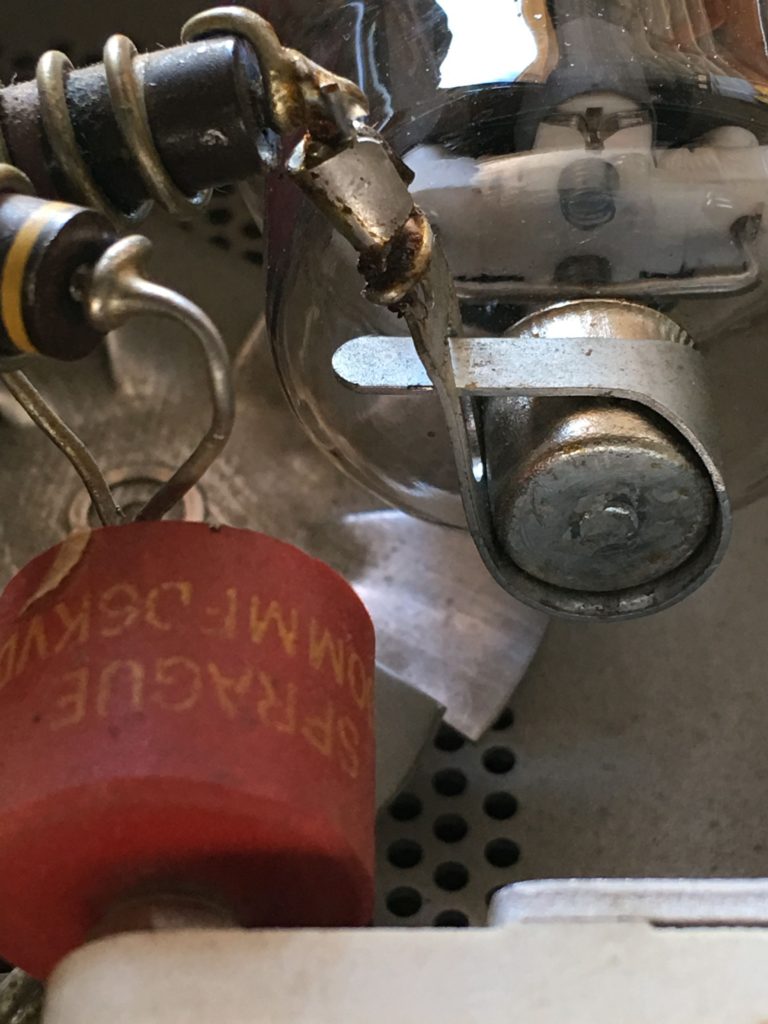 My install of the 572b, needing to tighten the plate cap attachment, free space all around the tip of the tube.  No connection being made.

SWEET!
(Better to have and not need, then NEED and not have, I always say)

I shut down the amp, pulled the plug out of the wall and went to make a cup of coffee.  Several minutes later, I came back, opened the case, removed the rf shield with all the pan screws, used a chicken stick on the tubes and caps for safety – then grabbed the plate cap to loosen it up.

I pulled the tube of out of the sockets and the damn plate cap/ anode tip / clip.. FELL OFF the tube. 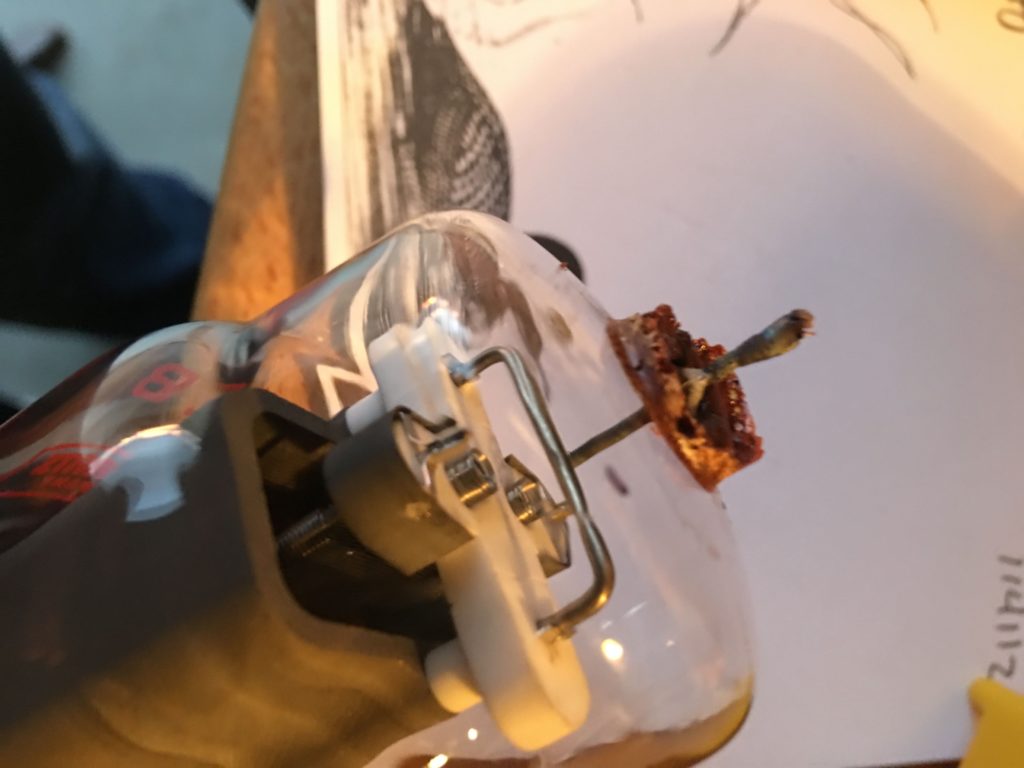 About 47 expletives later, I calmed down enough to see that it looked like the entire anode wiring was still there above the tube, but the contact cement that was holding it down/solder job on the tip failed. 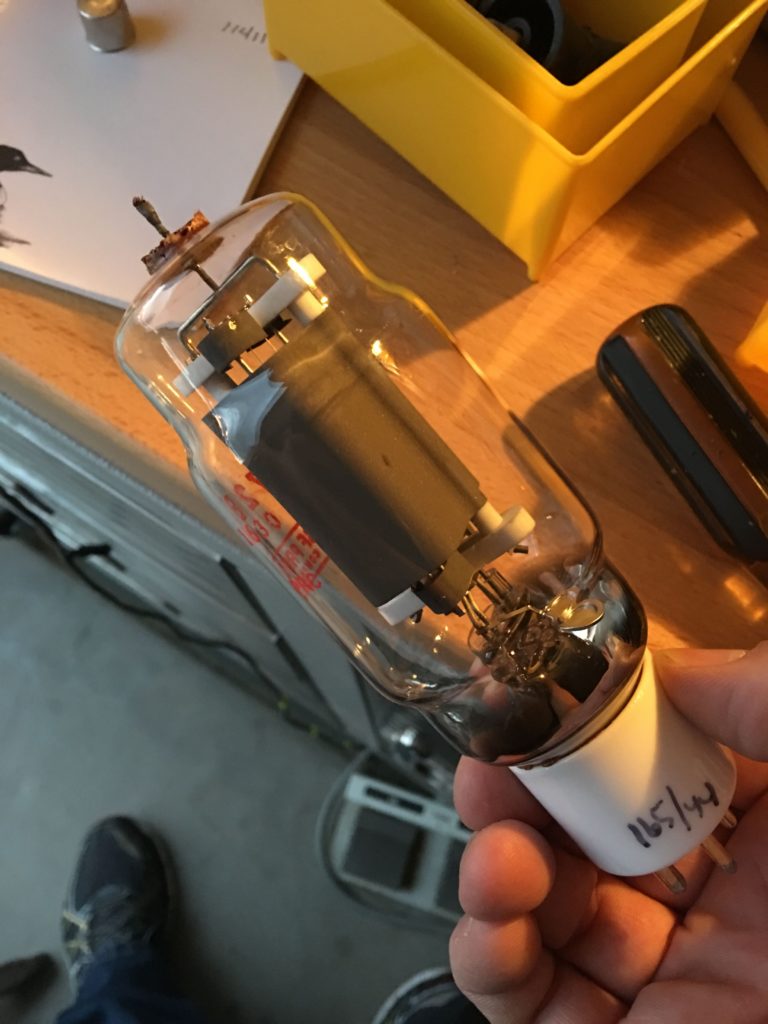 I was able to put the tip back on, and it didn’t fall off.

“Ok” I thought… “Maybe this is salvageable.”

I emailed RF Parts, and after a few back an forth emails about the ‘tight clip’ warning with these tubes – and what is not a refund item – (Remember I have had these tubes in my possession for about 4 hours now..) They agreed that if I sent back the tube they would look at it and try to repair it.  Fine.  I packed it up and sent it off.  (I should have sent both, but I did only send the one tube, since I didn’t have an issue with the second one.)

Flash forward to today (12/29/16).
Having just got off the phone with RF Parts, the tube tested fine. It tested so well in fact that the engineer who tested the tube called me to ask if I sent the right one to him.

I had to explain about the tip, to where he said:

“Oh yeah.. it JUST popped off in my hand..
I can add some contact cement and re-solder the tip.. it should be good to go after that.”

So while, I wasn’t very happy when it broke, I am happy that it is repaired and on the way back to me. At least now I know the cap / tip is connected the way it should be, and that the Centron tubes in the amp now still have plenty of life in them.

Thanks guys for the repair and the enjoyable phone call.
Thumbs up to RF Parts!